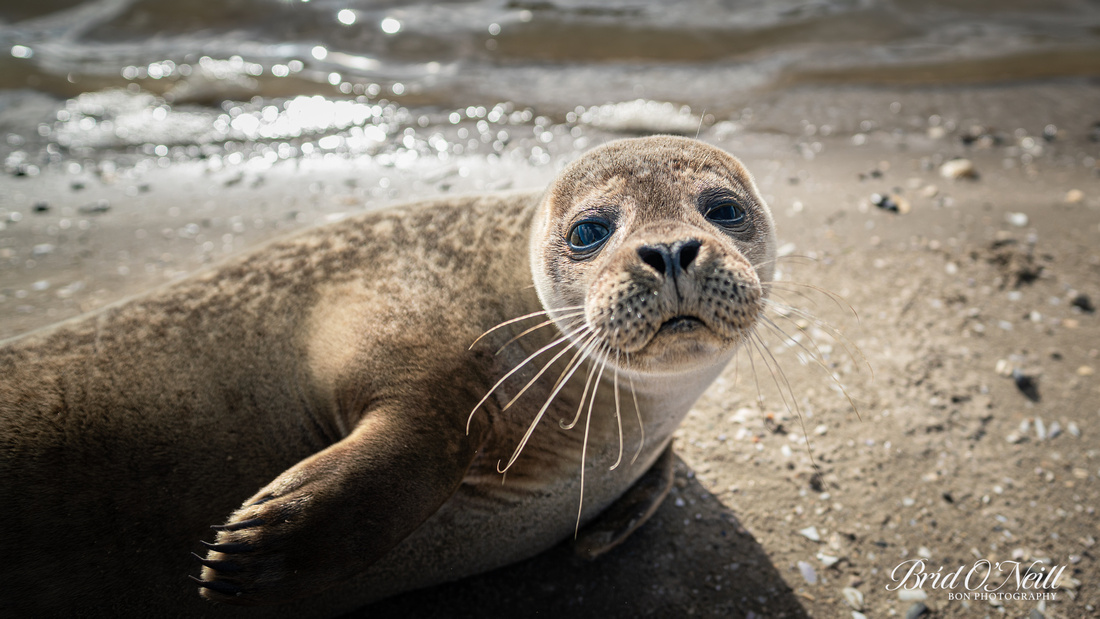 I was on the beach on Sunday ... decided to go down for about an hour to get out of the house for a bit after all the storms and bad weather. Several people approached me and said that there was a baby seal over at the railway bridge at back of the car park. So I headed over and sure enough there she was soaking up the sun. 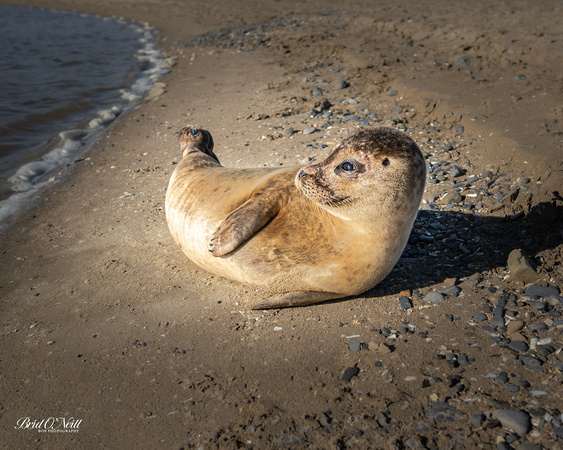 She was very relaxed and inquisitive and seemed used to people. If anything she was loving the attention. I only had a 24mm prime lens with me... so I sat beside her. She was happy for me to do that and she just chilled out while I ran off a few shots. 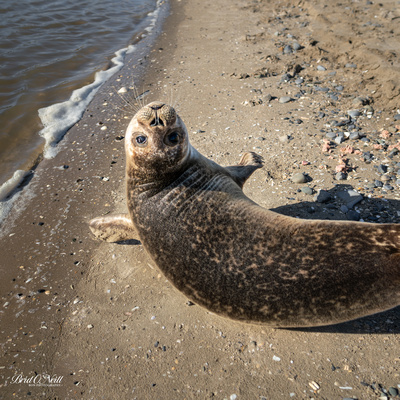 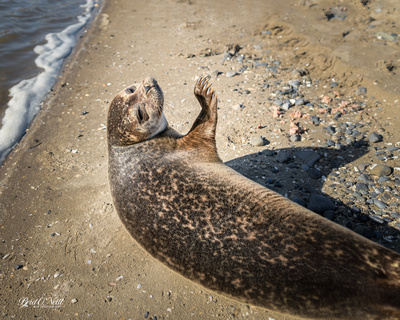 Apparently her name is Magnolia. She was rescued in August 2019 by Seal Rescue Ireland at approx 2 months old. At the time she was underweight, dehydrated and had a very swollen face. After some time in ICU, she was then in kennels where she was monitored, administered medication and rehabilitated under the expert care of Seal Rescue Ireland. Here she learnt the necessary competitive skills needed to survive in the wild. Once she had gained weight and developed swim muscles and fitness she was then ready to return to the ocean.

Seal Rescue Ireland tagged and released her in December 2019 at Gyles Quay/Carlingford in North Louth. They had been contacted Sunday and checked her and said she’s perfectly healthy. I reckon she had enough of Louth and jumped borders to us here in Meath!!!

I stayed sitting with her for about an hour and to be fair anyone coming up to see her was very respectful and kept their distance. None of us touched her. And when you see the razor teeth when she yawns you def wouldn’t!!! 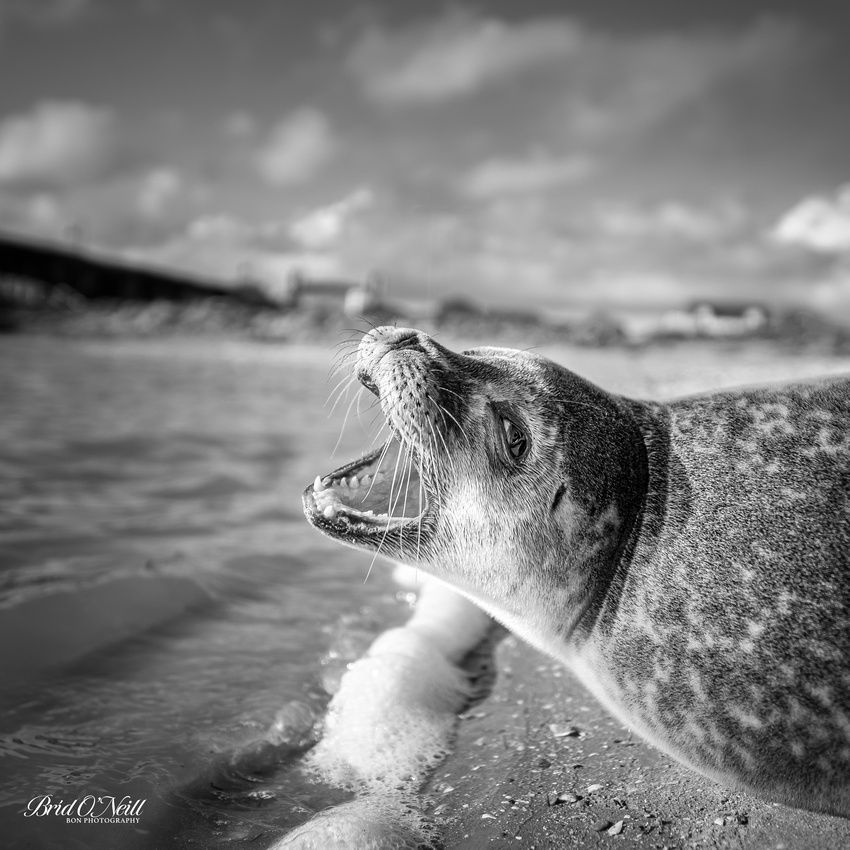 But she was friendly and totally relaxed with people coming and going! Her behaviour was good and was in the 'happy banana pose' - head and tail in the air - which is a sign she is feeling good, happy and just resting.... She caused quite a stir here in Laytown and even made the newspaper headlines  - with some of my photos of her reaching the Irish Times & local Meath Chronicle this week.

So after a few hours rest, relaxation and some much needed sunbathing, Magnolia headed back out to sea. Where she's heading only she knows. Lets hope she comes back to visit us one day here in east Meath.... she is welcome back anytime 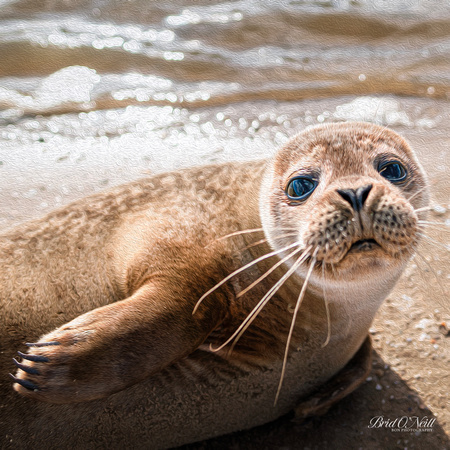